​ So over the weekend was the Motor City Mech Meetup, a keyboard meetup graciously hosted by The Key Company. It was a pretty small meetup and (possibly) the first one to be hosted in Michigan but boy was it a blast. It was hosted in the TKC warehouse in Troy, Michigan which is only about 30 minutes from where I live so it was a no brainer to go. We were lucky enough to get a few “celebrities” of the keyboard world to come out for the meetup. Dutch, Captain Sterling, and Mochi Crafts were all in attendance which was a huge treat for me personally because Marie of Mochi Crafts has been a friend of mine for a decade or so from an even more niche community, the now defunct MacThemes.

​ There were so so so many beautiful keyboards on display. From custom 3D printed personal prototypes, to super rare Cherry protos. There was a little bit for everyone. I finally had the ability to try out a Topre keyboard for the first time and I have to say, I think I get the hype. It felt like nothing I’ve ever typed on before. It was a lot of fun being able to try a bunch of different setups. Different switches. Different keyboards. Different styles of basically everything.

​ A few raffles were held as well. I don’t remember everything that was raffled off. I know that Mochi Crafts raffled off some wrist rests, a set of Infiniky Bred Keycaps, a custom cable that matches her upcoming keycap set DSA Sylph Potion and a set of Strawberry Milk Ice Switches from Dangkeebs. TKC also did many give aways throughout the day. Some old keycap sets that you can’t find anymore and some REALLY REALLY nice keyboard kits. Sadly I didn’t win any of the raffles, but I did come in 3rd place for best keyboard at the meet for my MGA Standard and won a coiled cable courtesy of TKC.

I brought a few of my own builds to show off. It’s not everything that I own but I didn’t want to take up an entire table. Lol. I didn’t take any of my own photos while I was there because I was too busy talking to others/being socially awkward.

All and all I had a great time. It was really cool to meet up with like-minded nerds. I can’t wait to get to do it again next year. I’m truly blessed to have found this community and if you are in the Metro Detroit area, I strongly suggest you join the discord.

Like I said, I wasn’t able to take my own photos during the meet but luckily SmokrJokr from the Discord gave me permission to post their images. I apologize for the compression. I blame Discord. 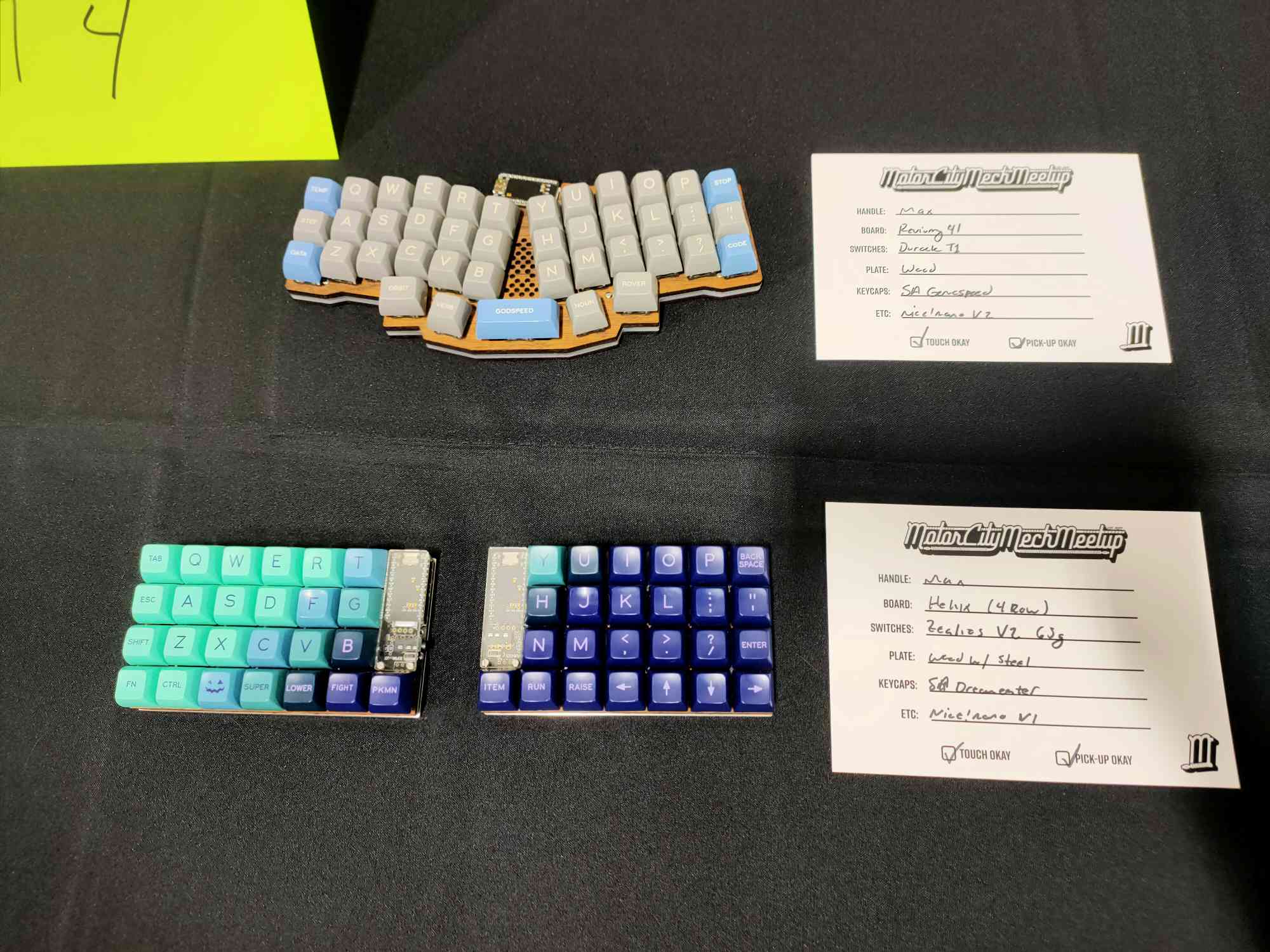 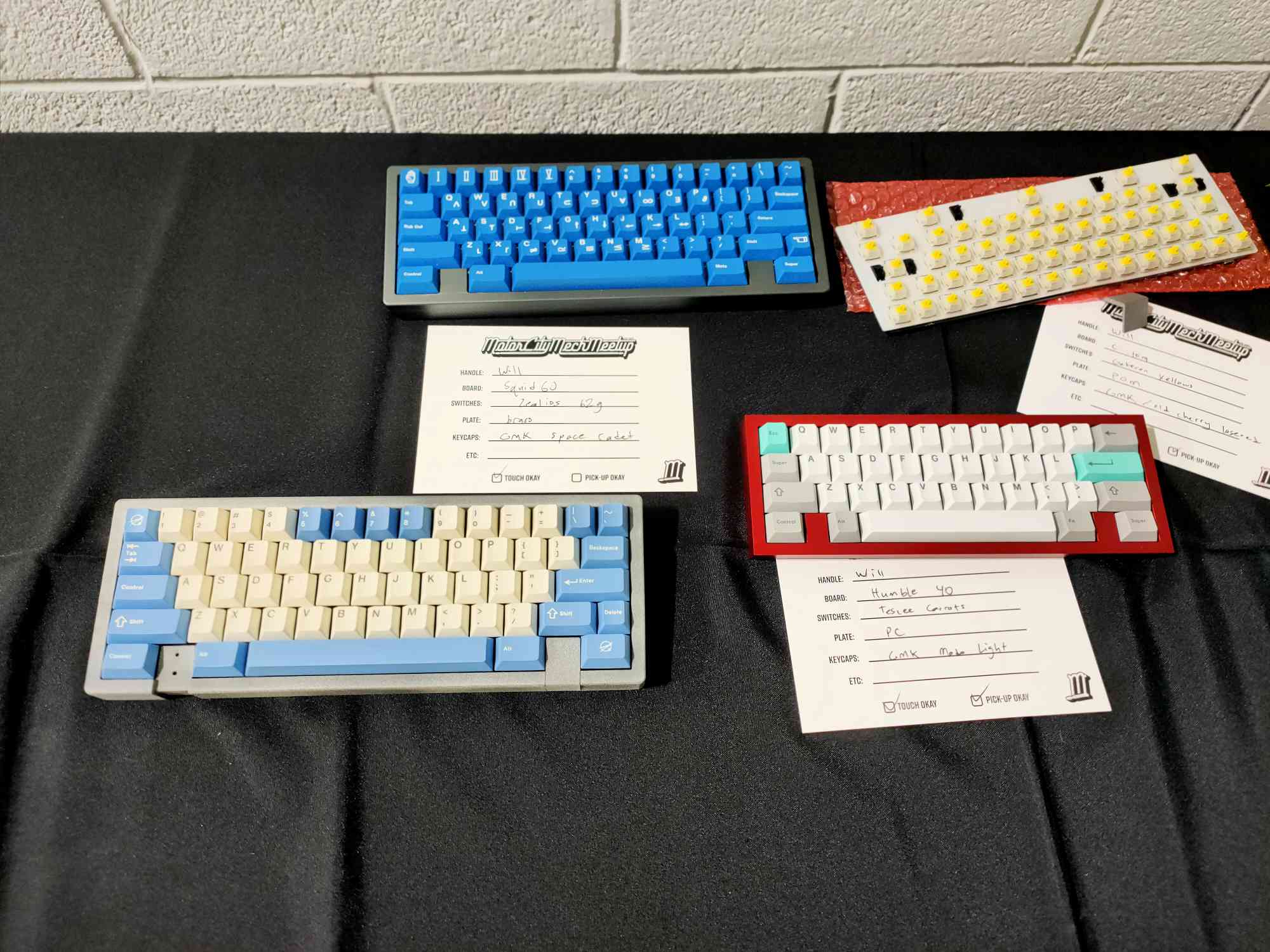 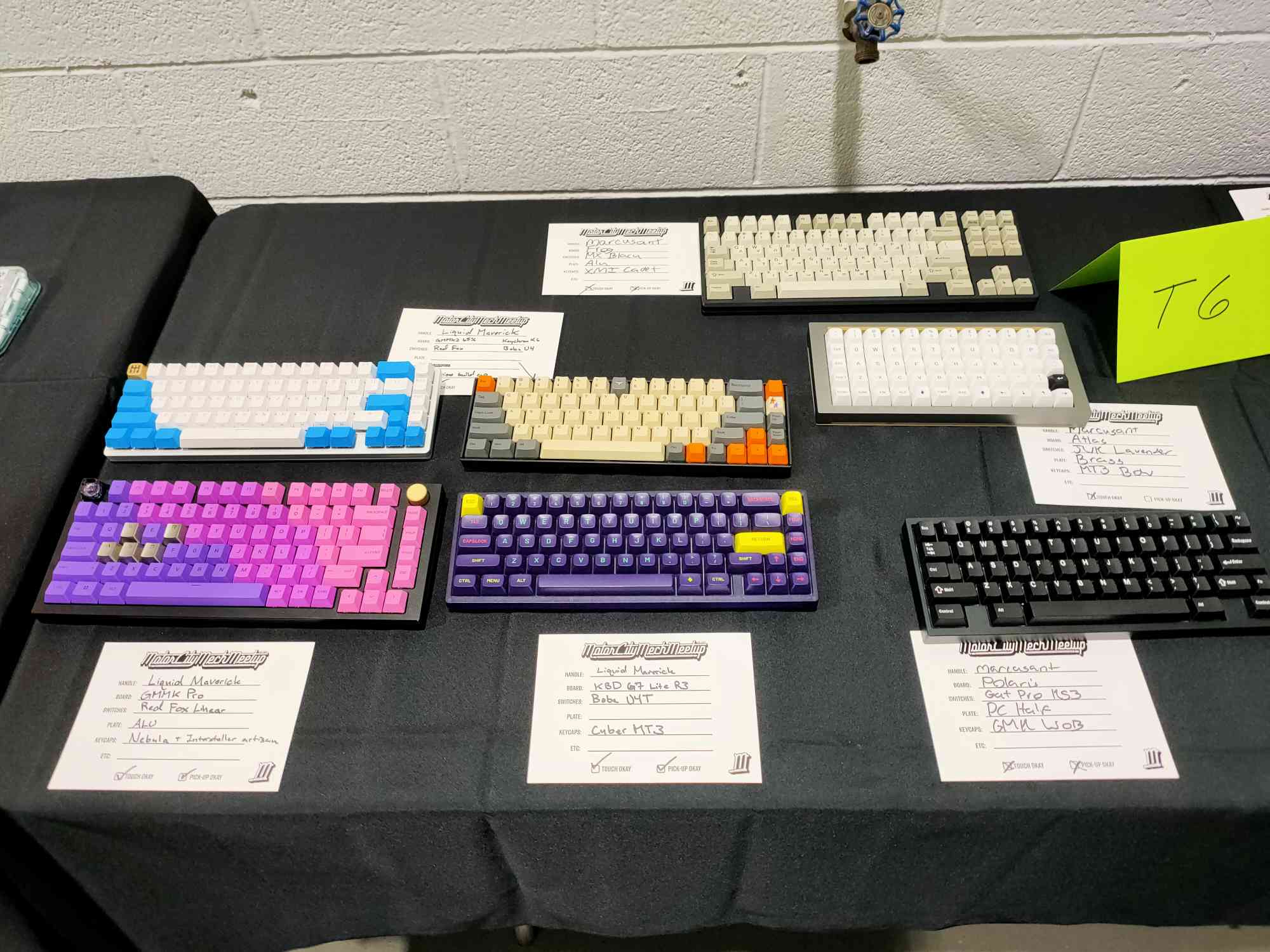 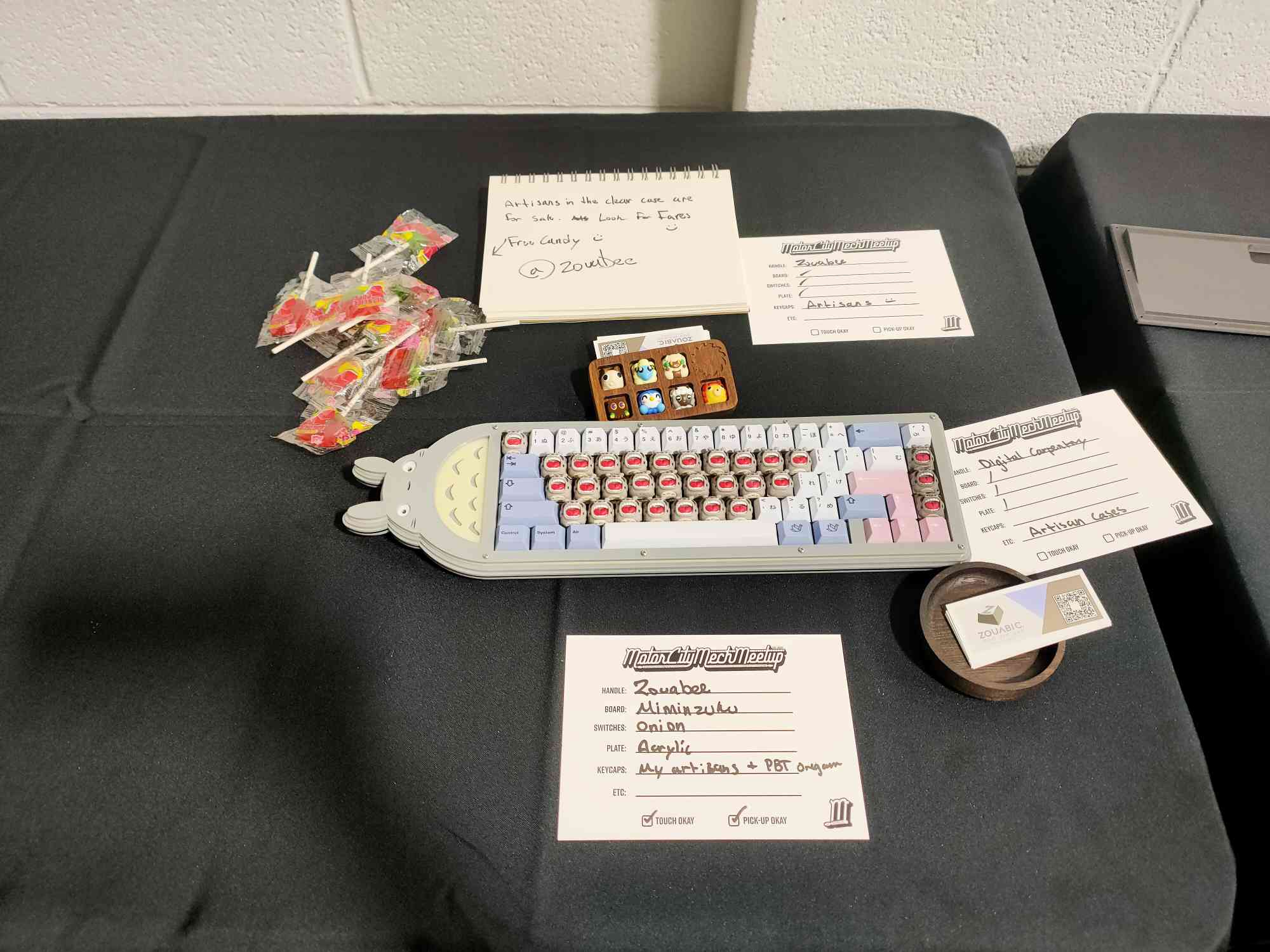 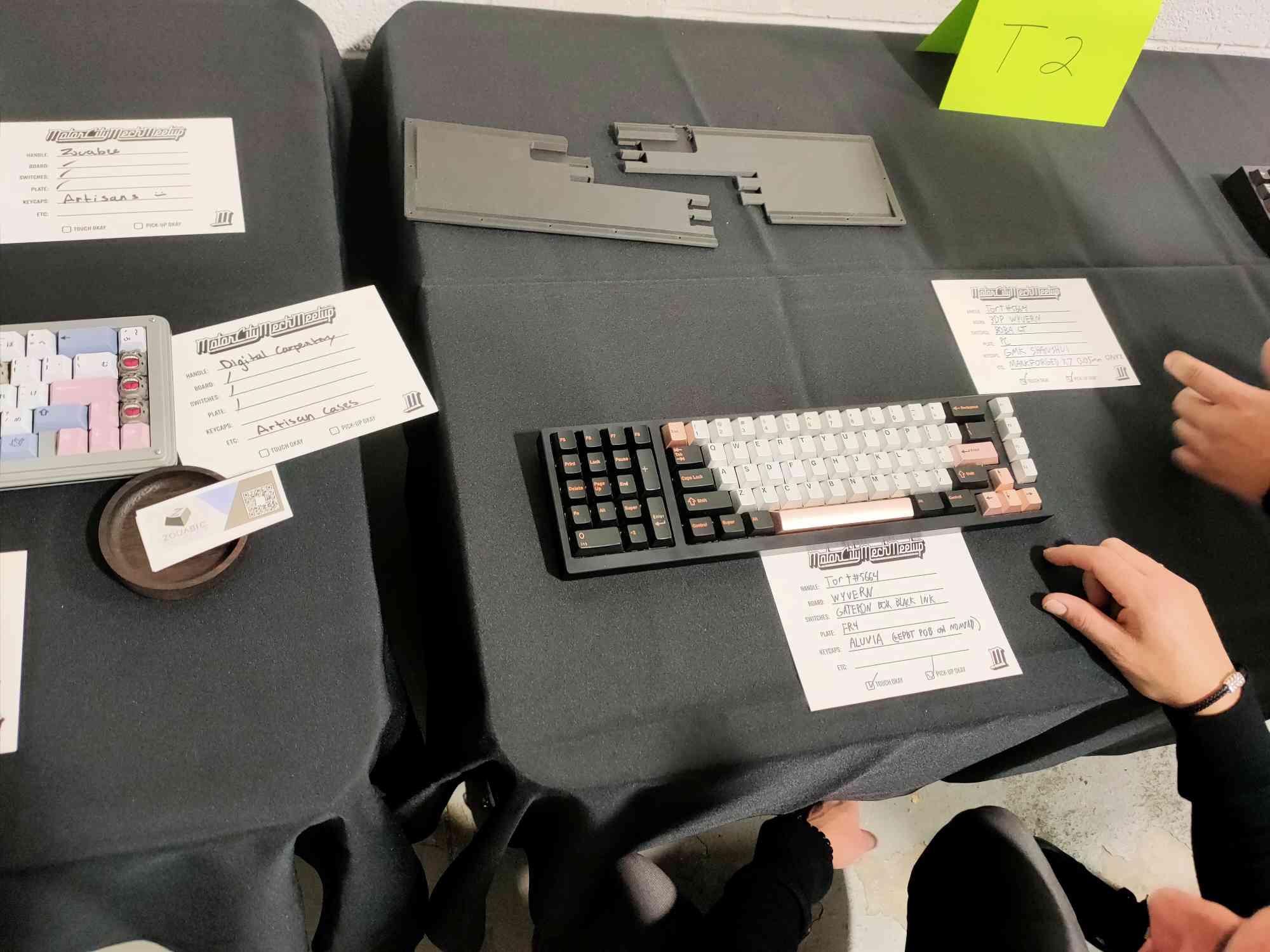 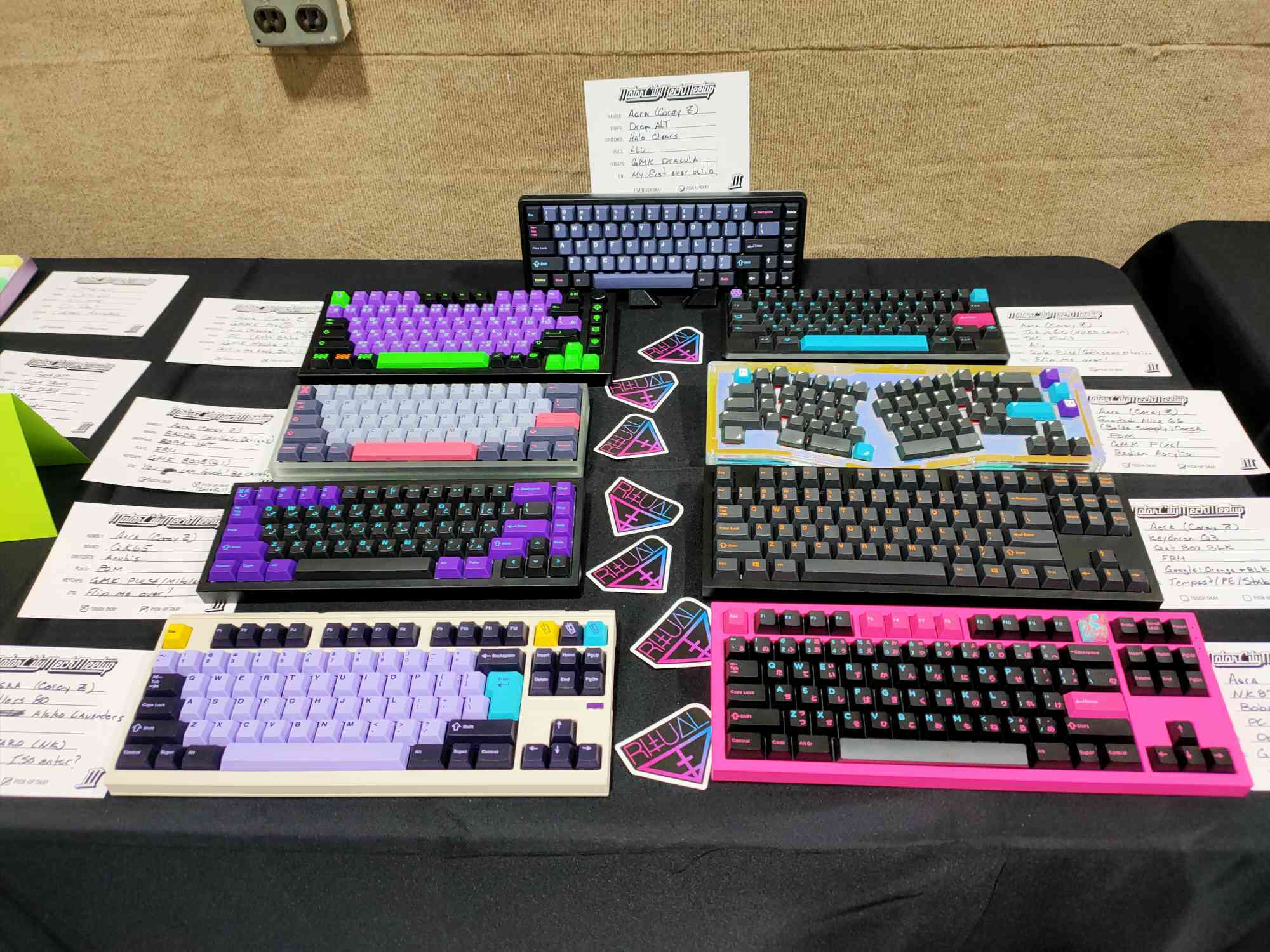 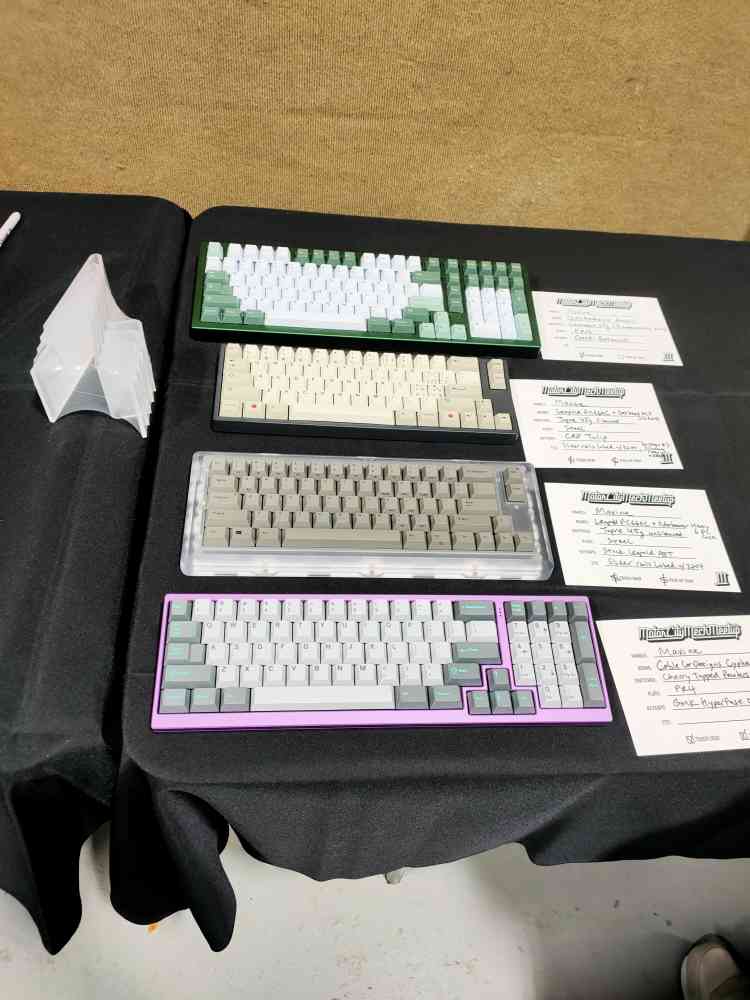 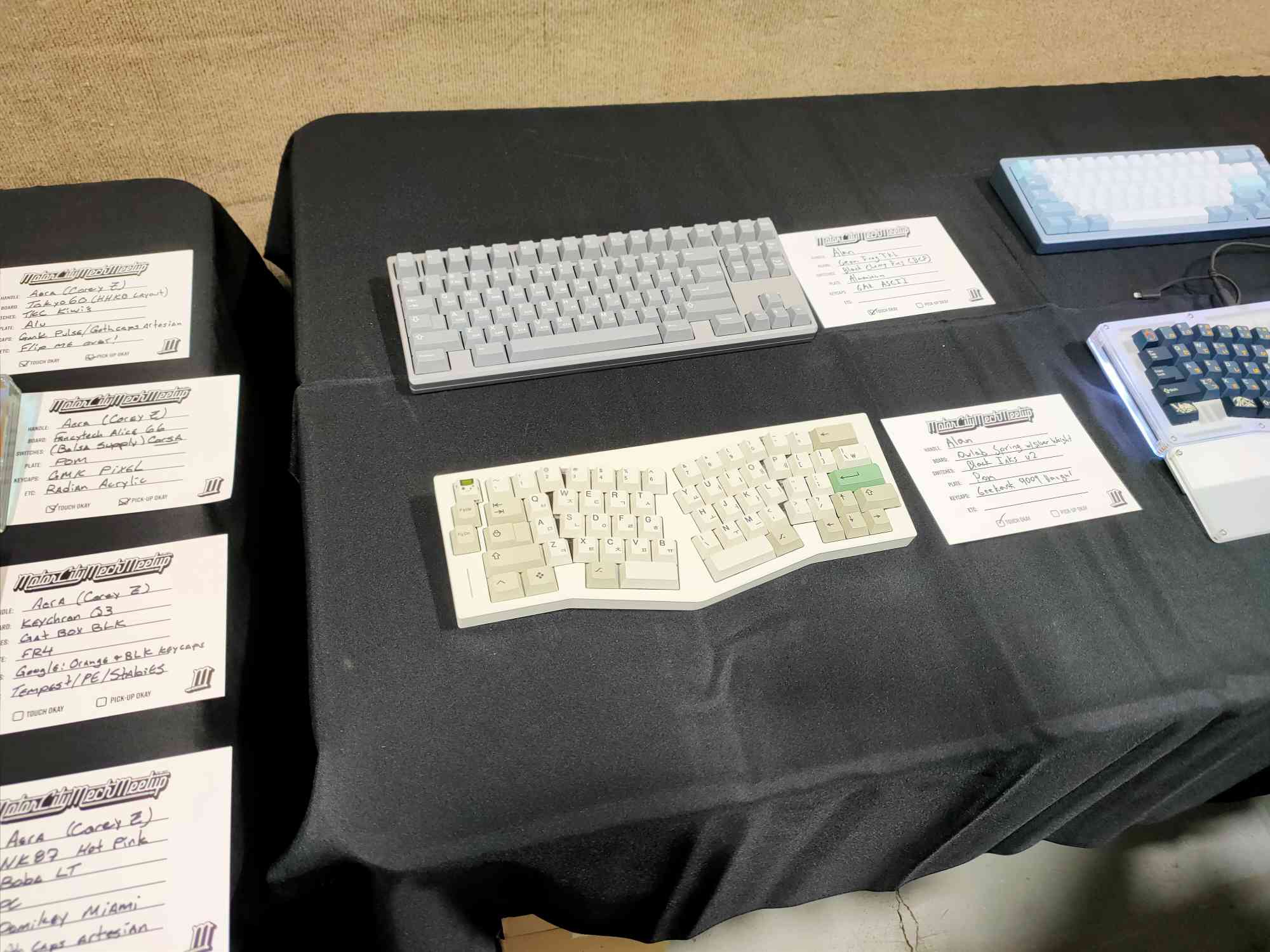 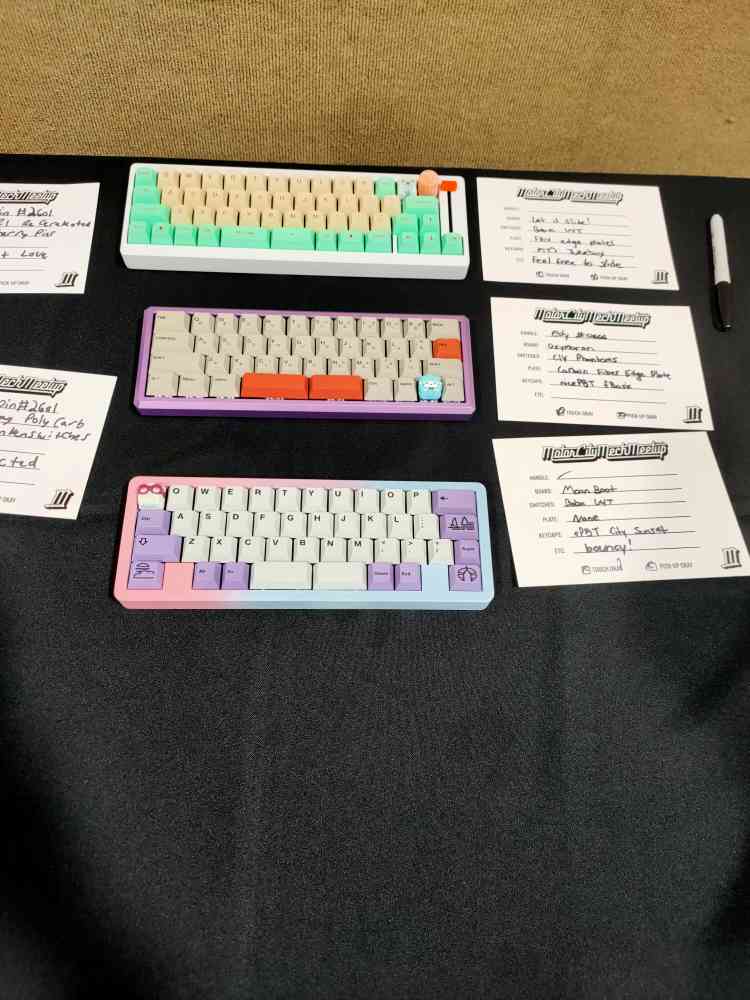 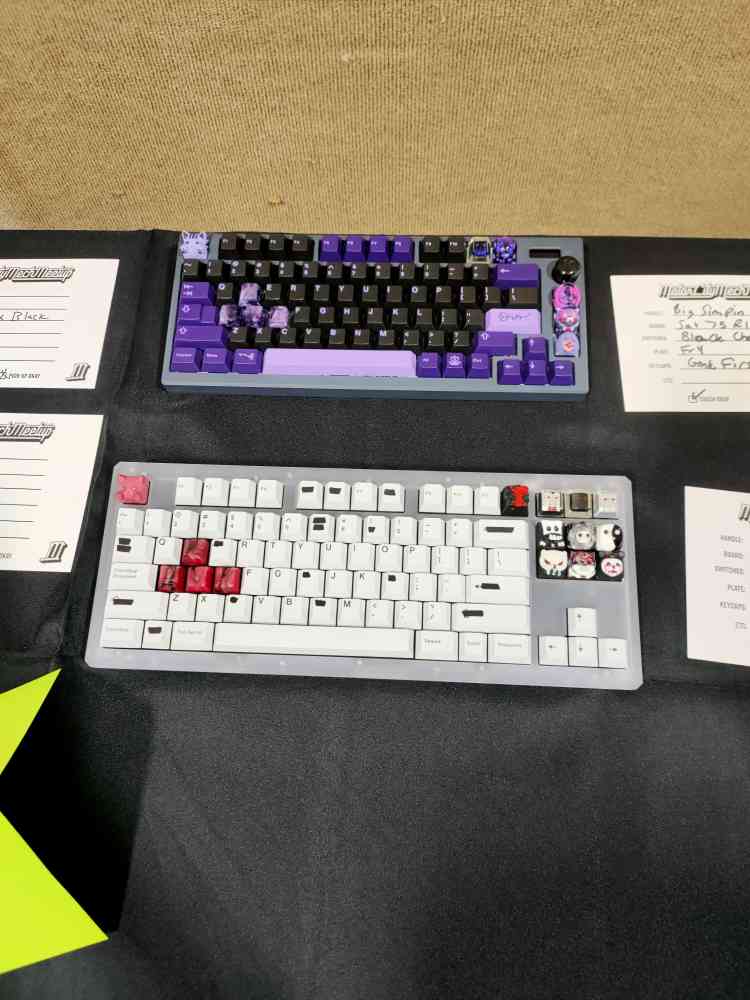 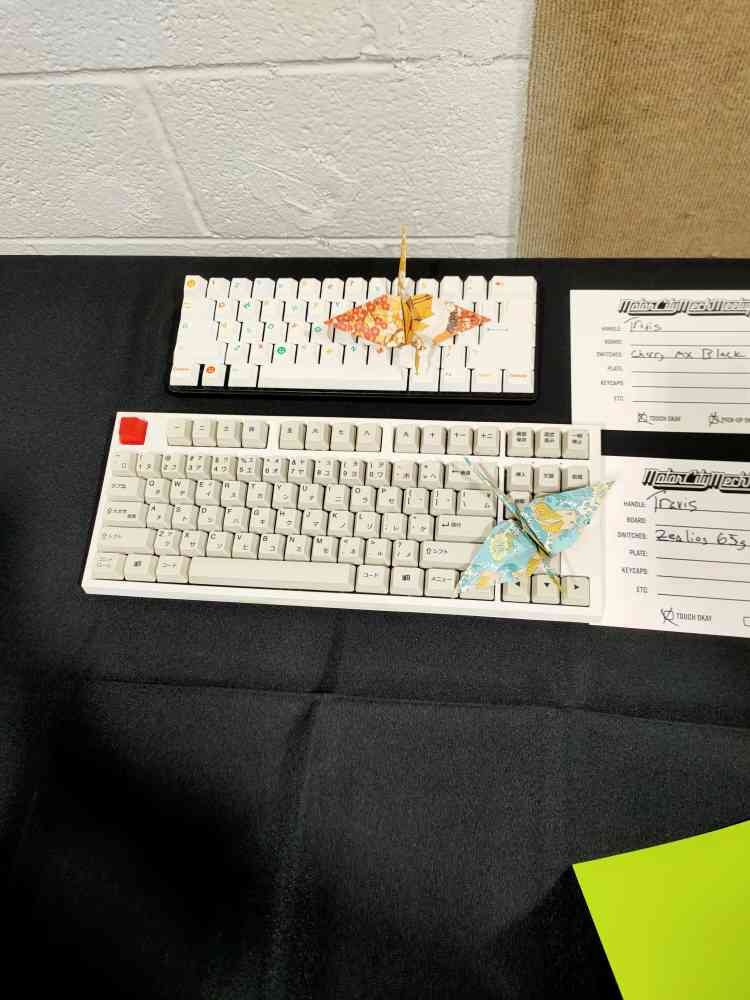 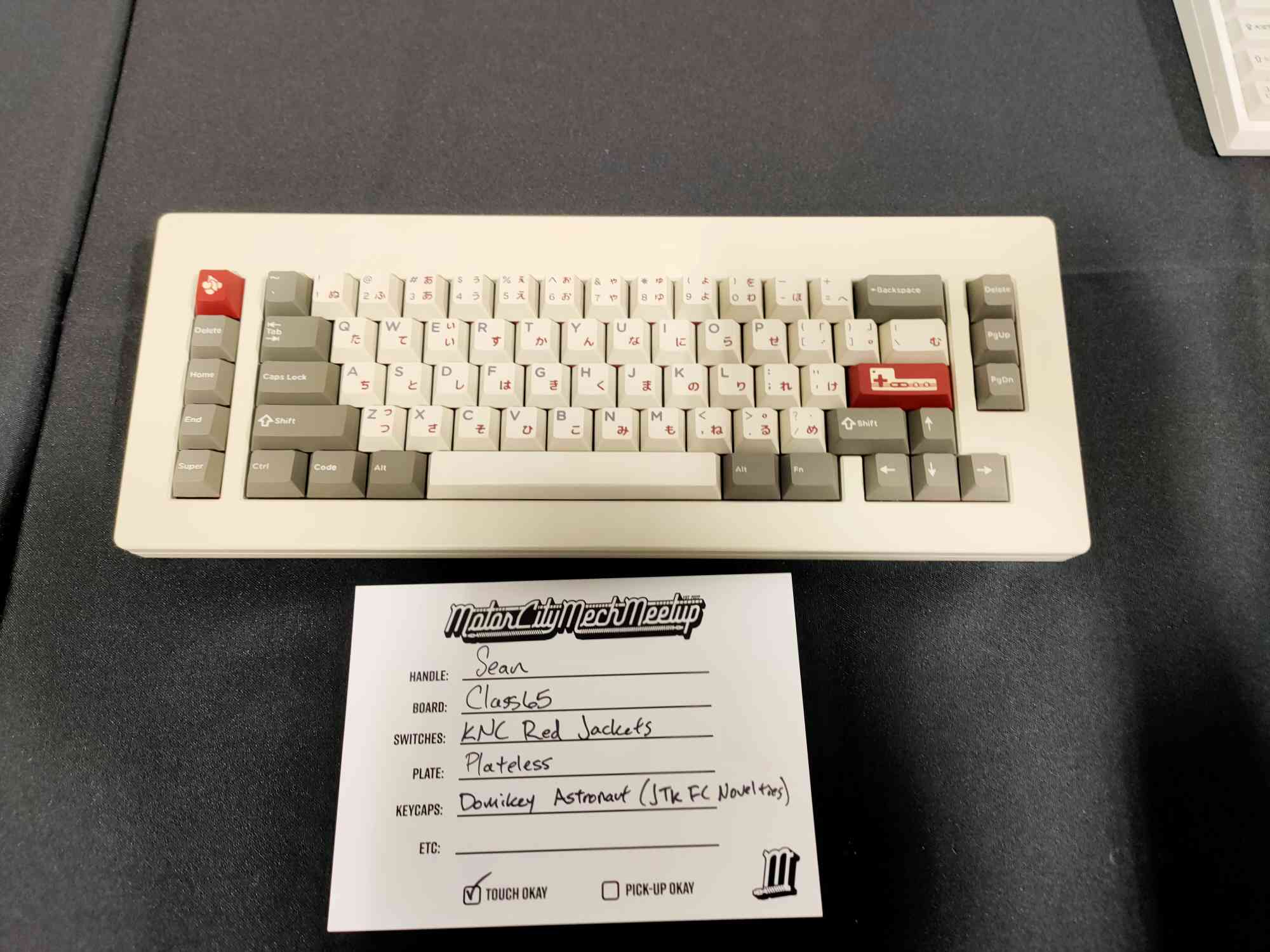 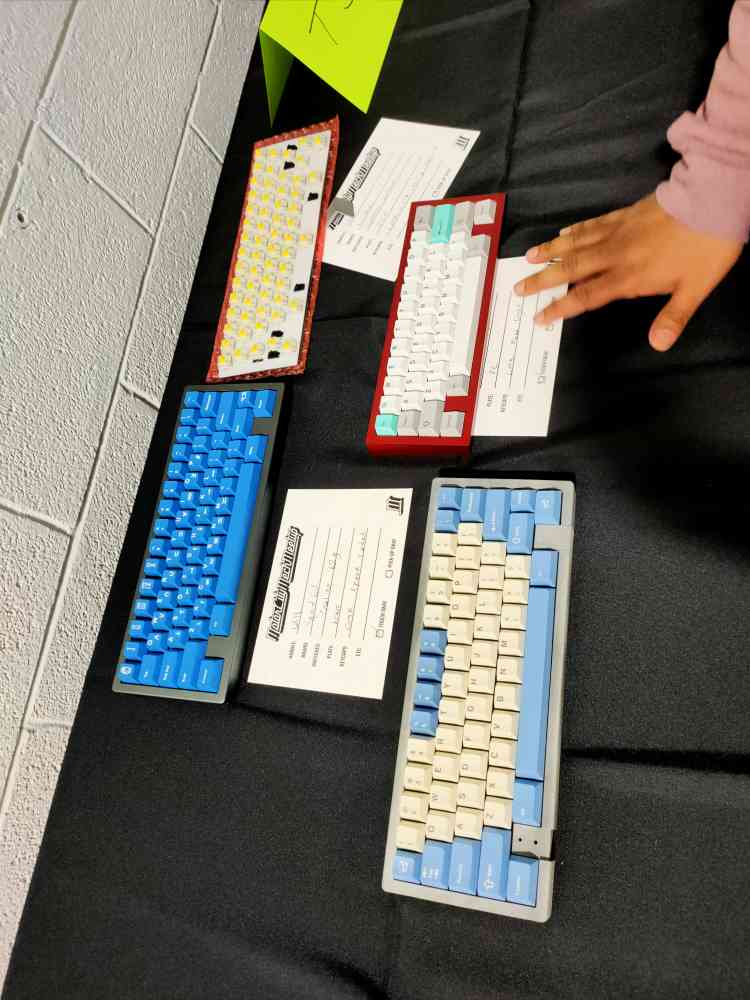 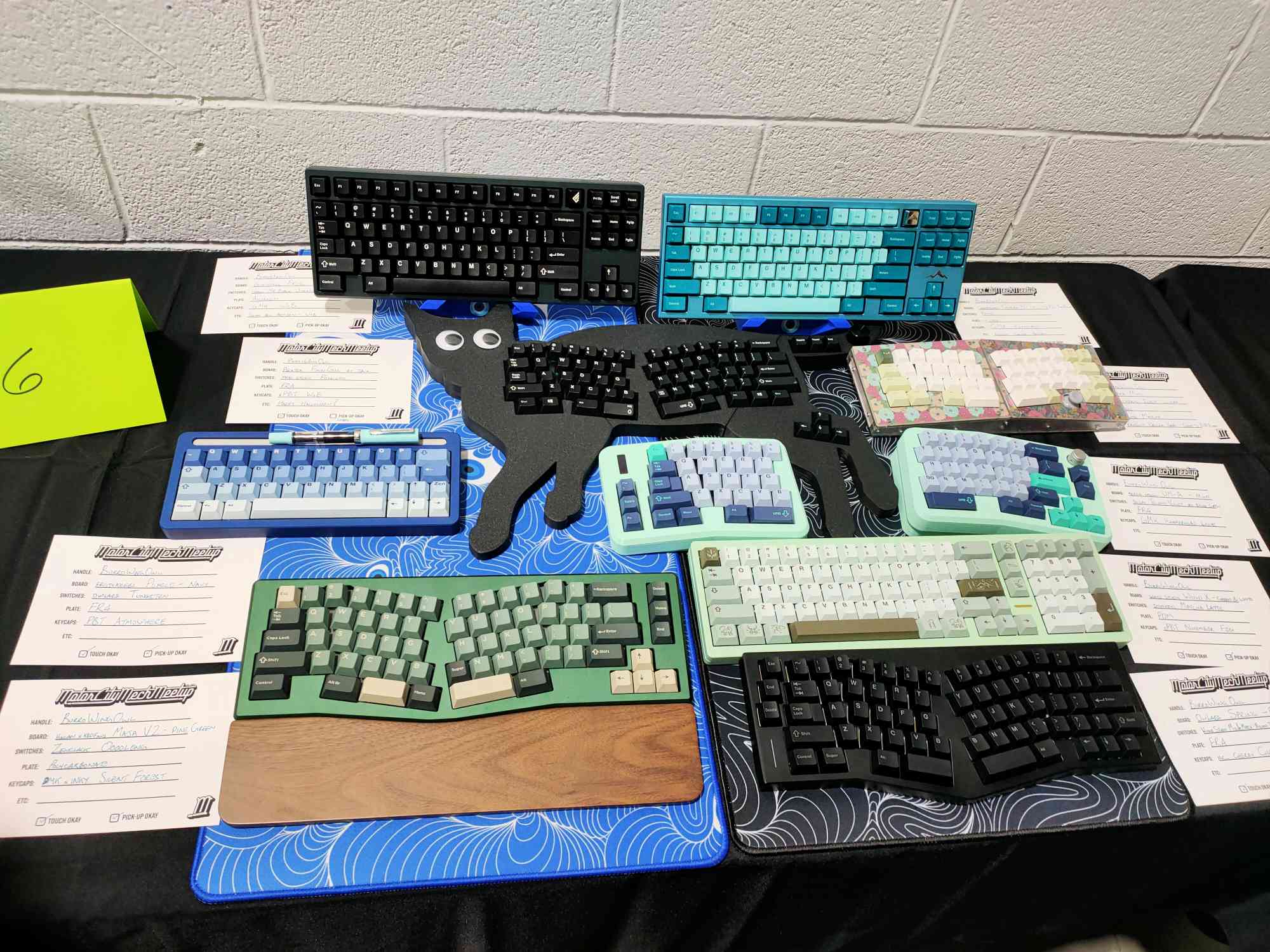 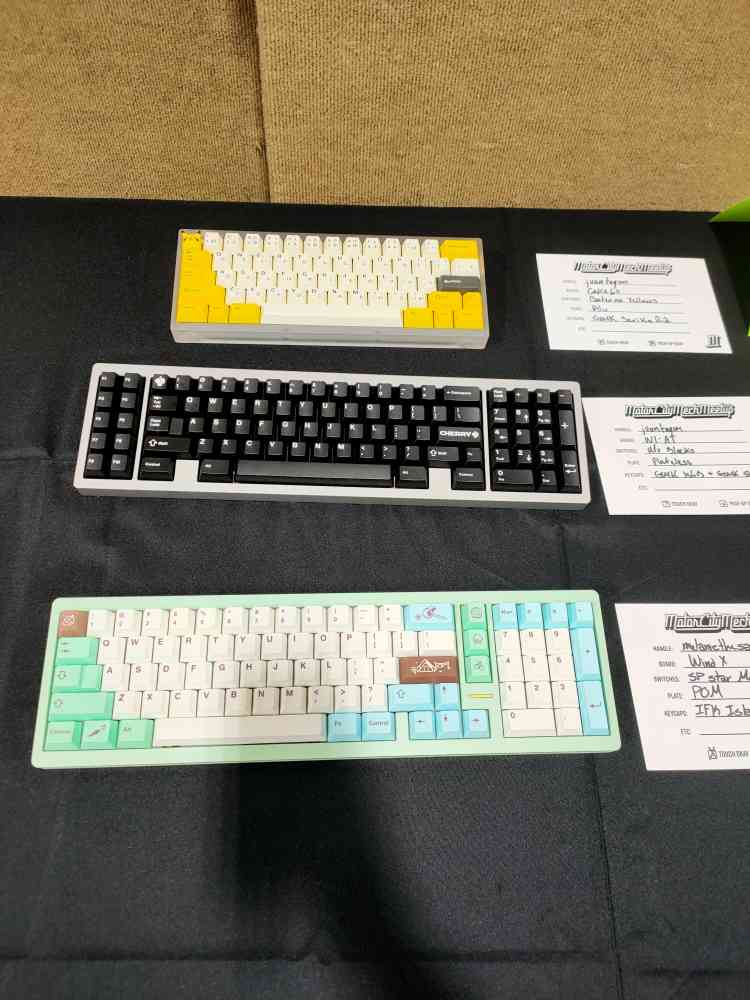 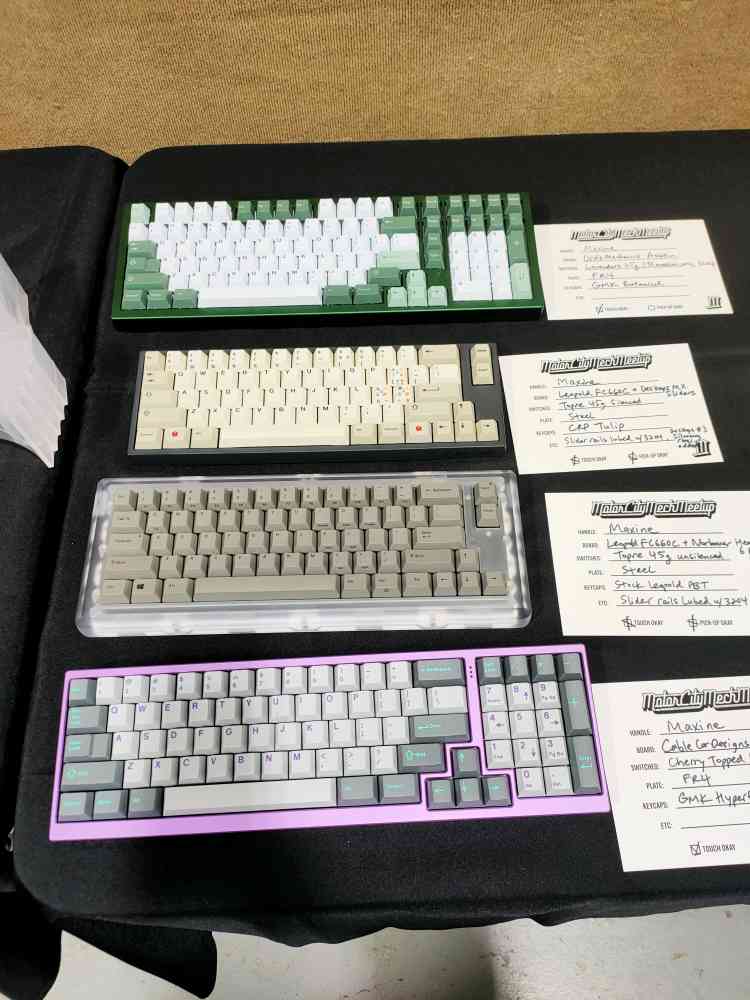 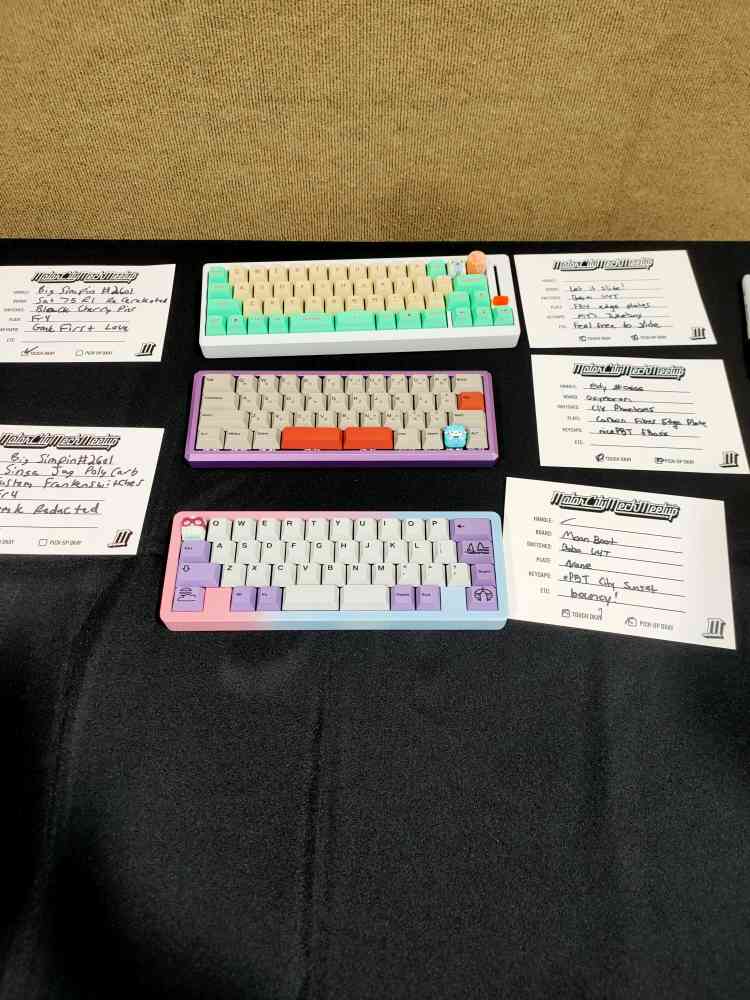 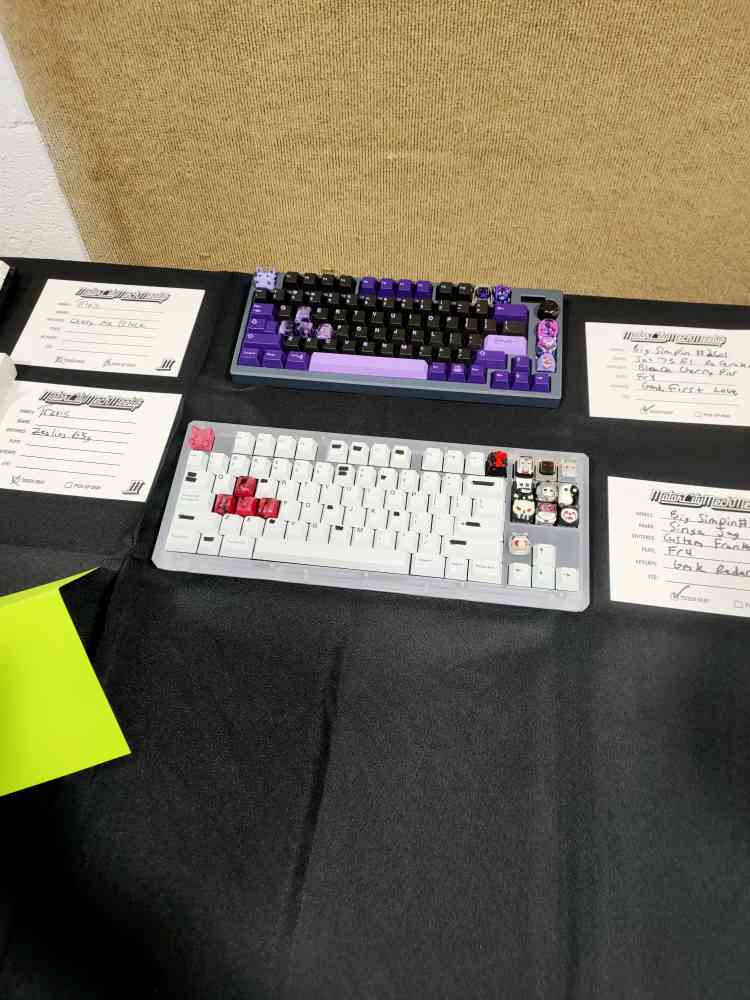 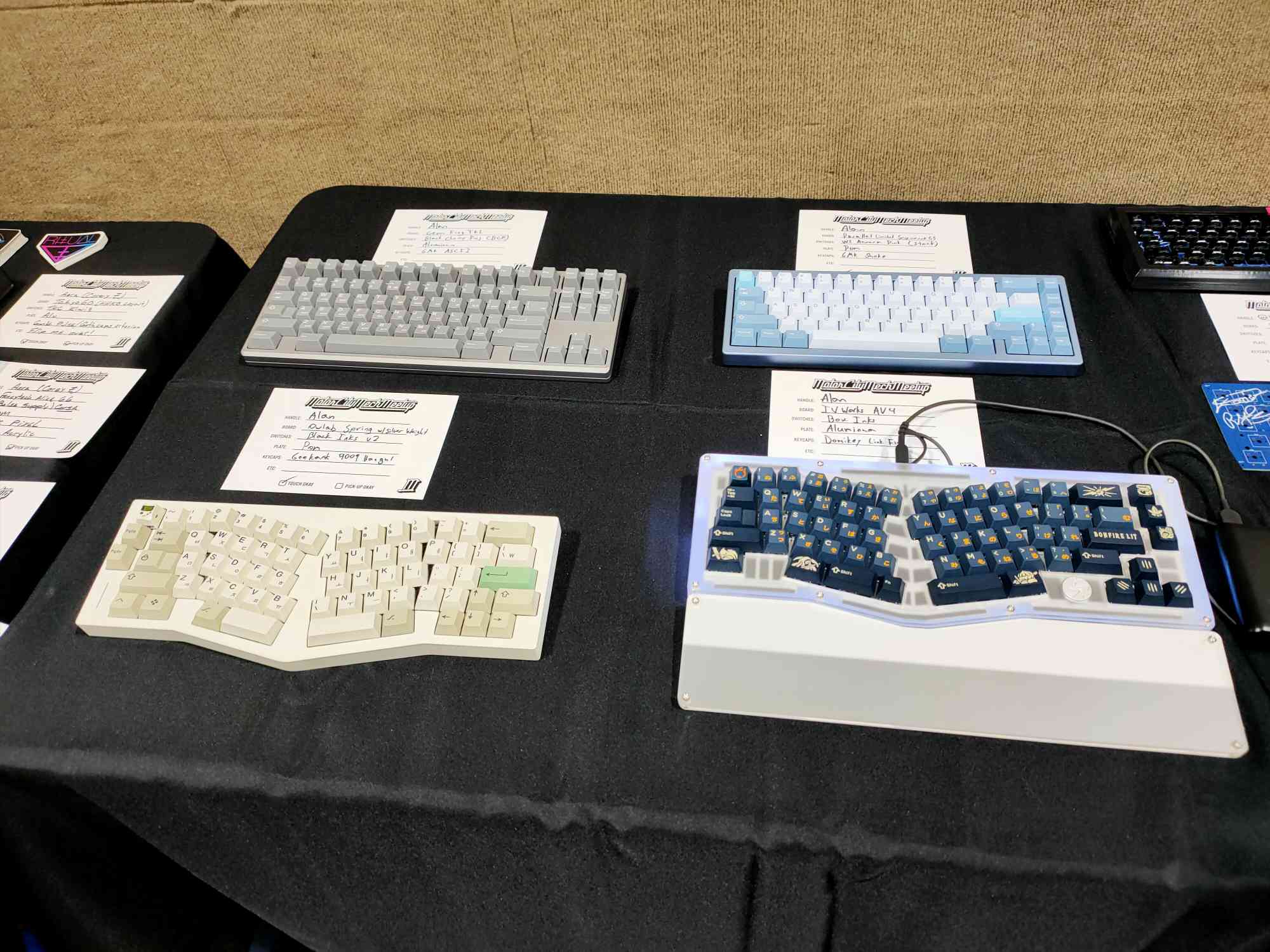 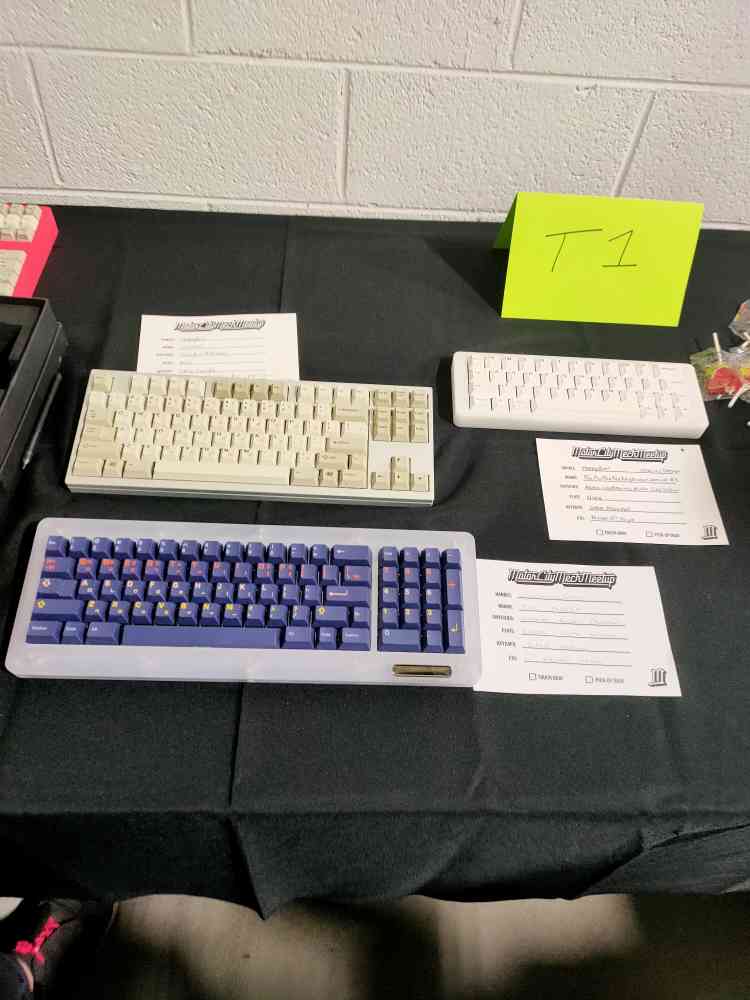 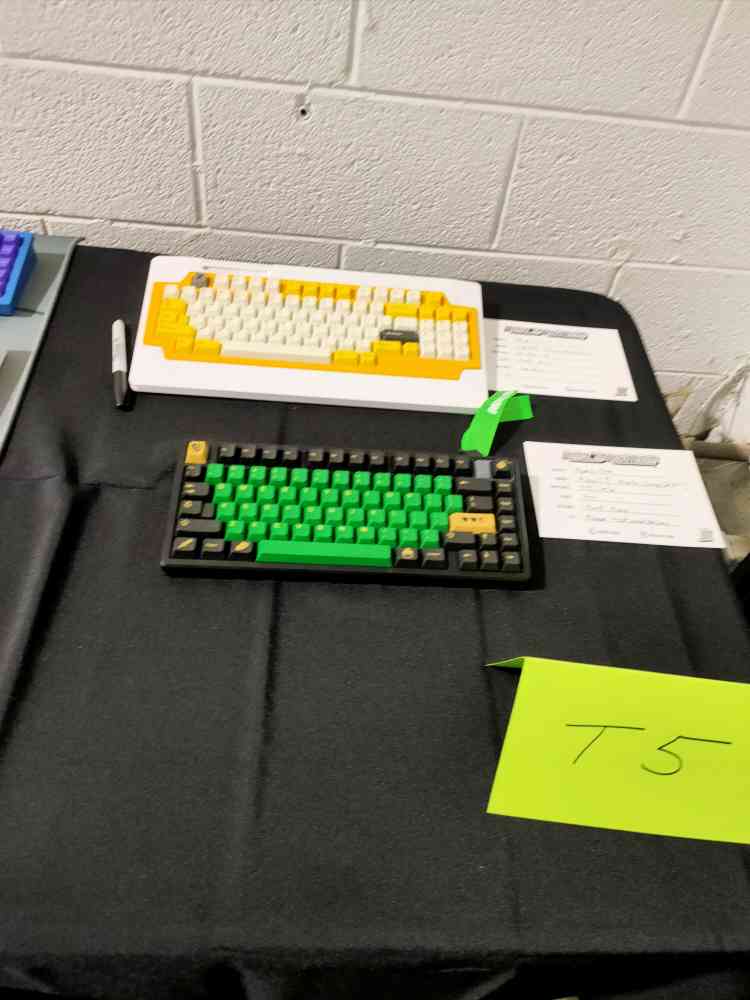 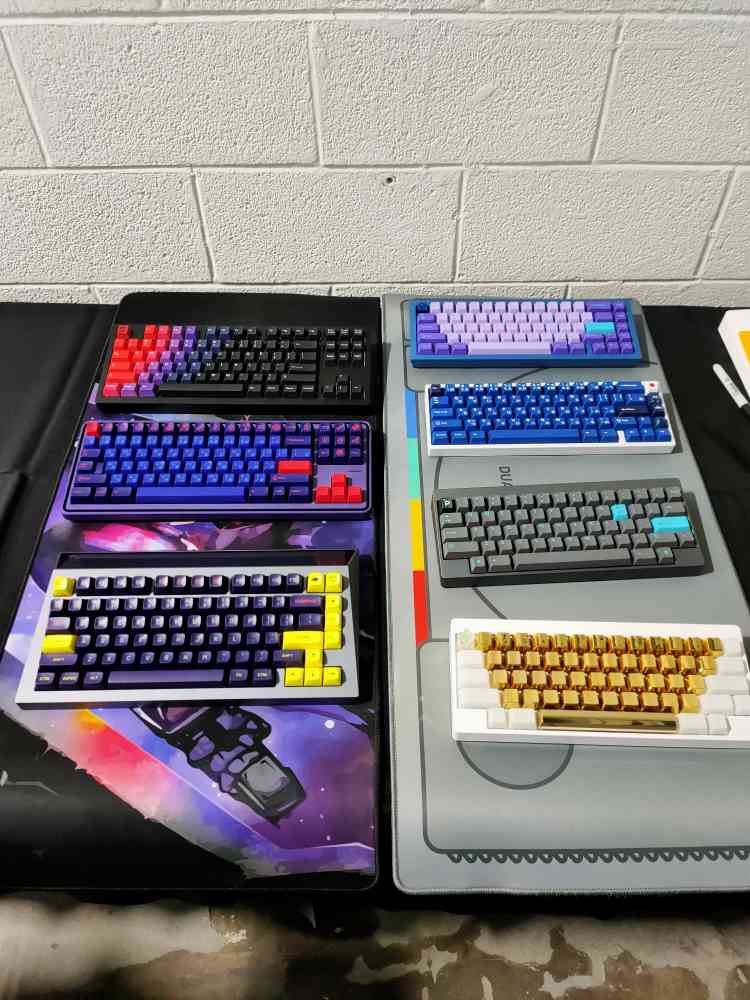 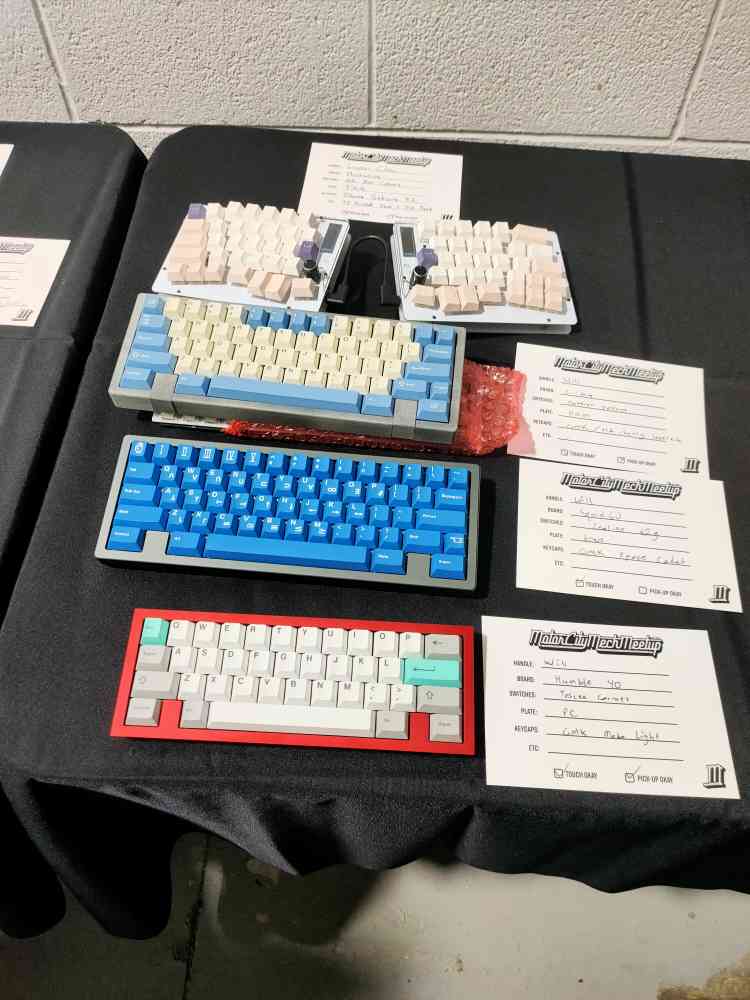 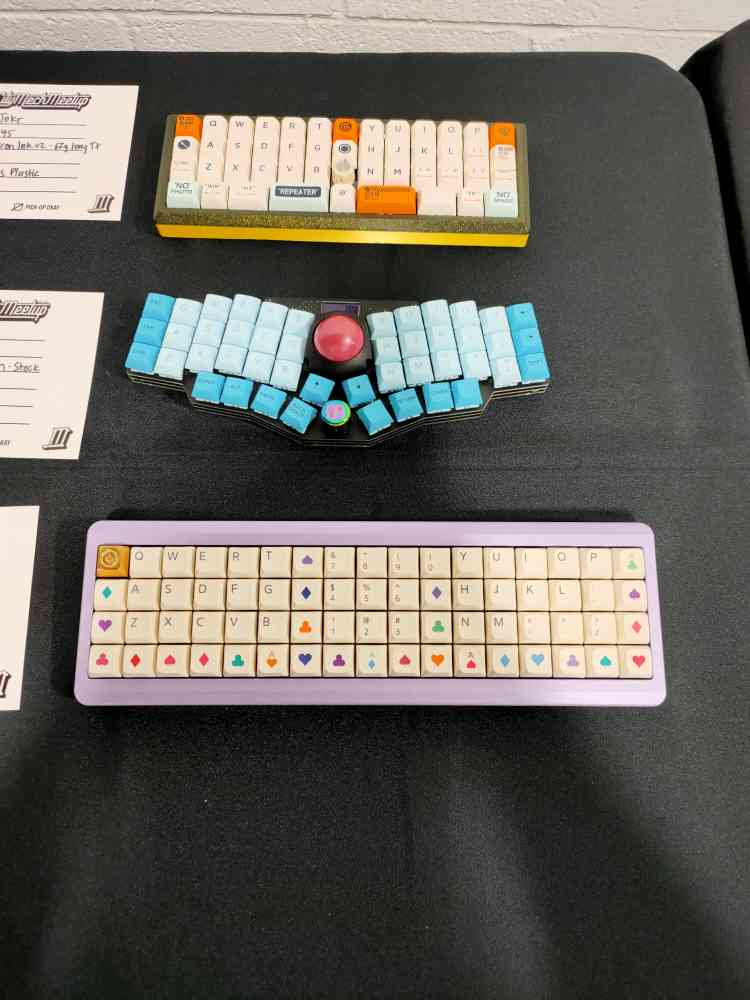 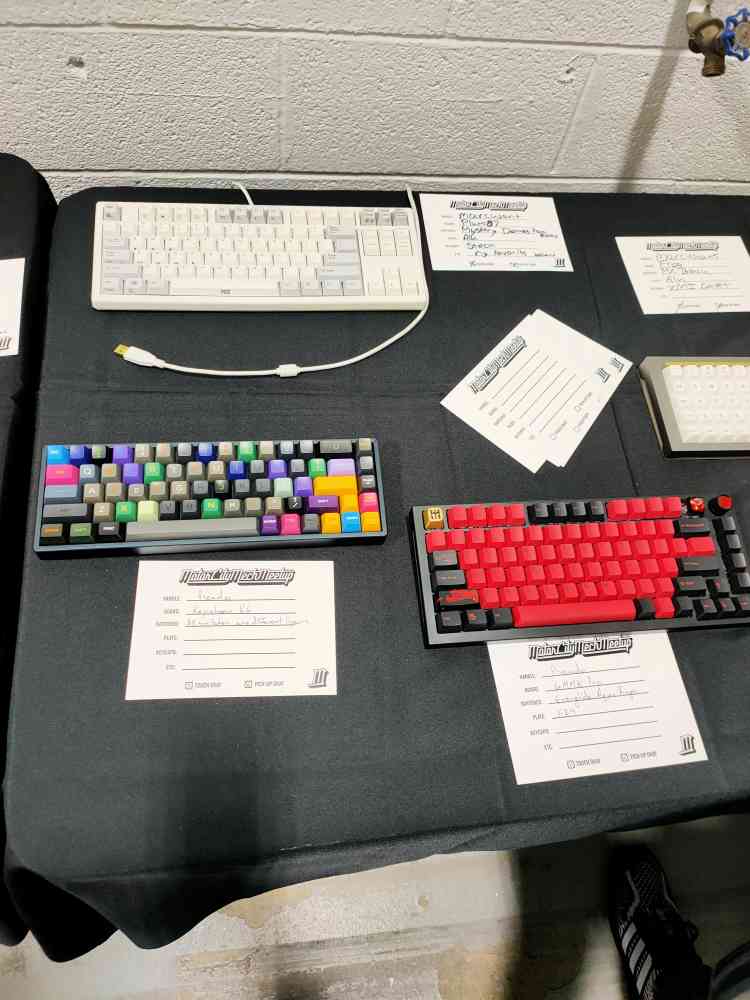 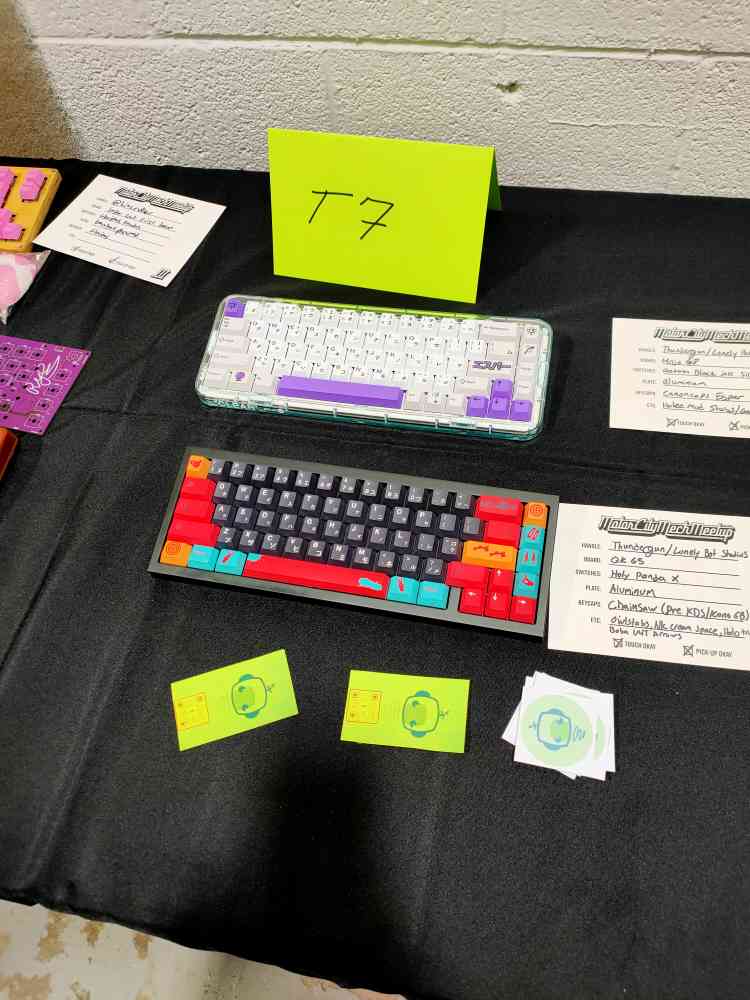