I spent the better part of 4 years using MacBooks as my daily laptop. Starting in 2009 with a white MacBook that I was given by my parents as a graduation gift. I thought I was the coolest kid in the world. I loved that thing. I customized the heck out of it, and I used it all the time. I was a photographer and photographers used MacBooks. Fast forward a few years to 2012 and I upgraded to a late 2011 MacBook Pro. Again, I loved it. I loved the “power” it had – or rather I thought it had – I loved the look of it. It was sleek and sexy. The touch pad clicked in. It was awesome and I thought I needed a MacBook Pro because I was a photographer.

That MacBook Pro had been through a lot. It’s all all sorts of different versions of OSX running on it as well as Ubuntu, Arch Linux, and Kali Linux. I used it as my one and only computer for years. It was basically a desktop. I had an external monitor and keyboard plugged into it 90% of the time anyway. It was with me through some of the worst parts of my life as well as some of the best. But then I just kind of stopped using it. Granted I had built a gaming PC and spent most of my time using that. But I realized I needed something portable. Something I could take with me to write blog posts and do work and whatever when I was away from home, or just didn’t feel like getting off the couch. So I turned to my trusty MacBook Pro. So I opened it up and thought “WOW! This display is TINY!”

I decided that a 1280 x 800 resolution wasn’t going to cut it in 2018 so I started looking for a replacement. I wanted something durable and powerful, with a FHD display. I started looking at a bunch of different brands. A lot of “gaming” laptops were recommended but I already had a very powerful gaming PC, I didn’t need a gaming laptop. Plus I wanted something that would easily run any Linux distro I wanted to use. I shopped around for a while until I remembered that ThinkPads were a thing. I had a friend in middle school that had an old one and I remember really liking the ThinkPoint mouse thing. So I started looking around for used ThinkPads.

I wanted something portable. Something I could use for school and whatever. Basically I wanted something to write code and blog posts on. I wasn’t going to be using it as a photo editing rig – we already had one of those at home too. I was looking around on Craigslist for a nice looking ThinkPad and that’s when I found it. ThinkPad W520. 500Gb HDD, 16Gb RAM, FHD Display, Intel i7 2860QM. This thing was basically overkill for what I was looking for, and it wasn’t really that portable. So obviously, I bought it.

So I met the guy in a coffee shop and bought the laptop. When I get home I try to boot it up. He had loaded Windows 10 on it and after waiting for about 10 minutes for it to boot I was starting to get scared. But then I remembered I didn’t want Windows anyway. So I started on installing Arch. I then remembered something even more important: I had a 500Gb SATA SSD laying around that would be perfect for this machine! So I installed the SSD and took to installing Arch. After that was complete I booted it up and set to customizing it the way I wanted. Needless to say, this thing is an absolute BEAST even though it’s as old as my MacBook Pro, it’s a much better machine. I gave it a quick internal cleaning. Replaced the thermal paste on the CPU and GPU. Removed the CD-ROM drive and replaced it with a second drive cage, and called it good. 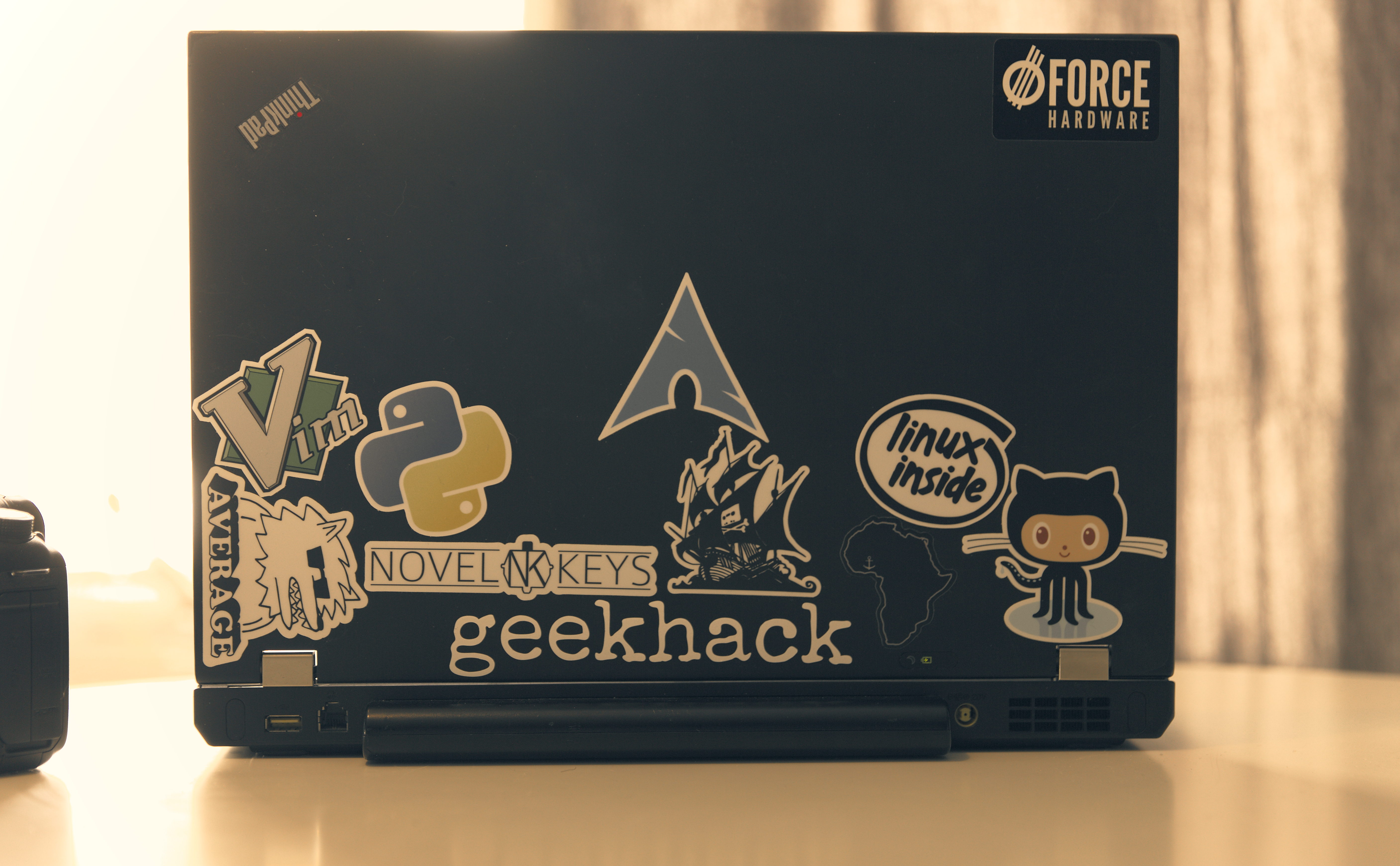 I’m so happy I decided to replace my MacBook Pro. I can never see myself returning to another Apple product. Yeah, they are pretty on the outside, but they are very underwhelming on the inside. I honestly would still like to pick up a used X220 or something to be a more portable option but I’m still very happy with my purchase. I know that when it is finally time to upgrade, I’ll be getting another ThinkPad. I’ve seen the light, and I don’t intend on turning back.